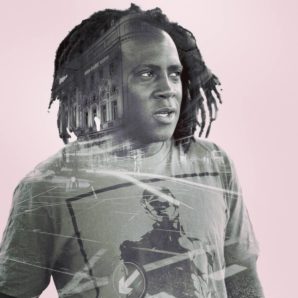 The best known of Femi’s DJ appearances, however, was the regular Friday night slots at his own club nights, MOBO Award-winning, Rotation at London’s Subterranea and Saturday nights at Camouflage, his longstanding 4-floor club in Islington, London. When in town, artists such Goldie, Tricky, Spike Lee, Laurence Fishbourne, Wesley Snipes, Jay Z and Bjork would slip in unannounced to hear the sets and be part of a crowd whose distinction was their diversity and conviviality.

Femi’s DJin’ has also seen him open up to audiences around the world through tours and appearances playing in Australia, Japan, Germany,

Switzerland, Dubai, Hong Kong (where he supported the late Gil Scott Heron), Austria, France, Spain, Ibiza, Ireland, the Czech Republic, New York, and Detroit. A truly born collaborator, as musical director & resident for Supperclub in London’s Notting Hill from 2009- 2013, Femi hosted nights and introduced audiences to up and coming DJs and artists, something that he is passionate about and pursues through his mentoring of numerous emerging artists and performers.

Catch Femi, Sunday from 7 pm till 9 pm, only on Mi-Soul radio.