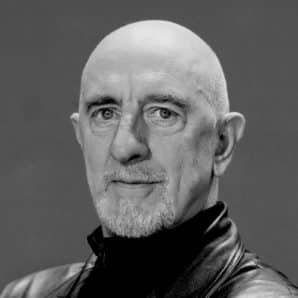 TIM DRY is an eclectic, contradictory, inconsistent artist with a very low boredom threshold. But in spite of these disabilities he has managed over the last thirty years to carve out careers as an actor, award-winning photographer, pop musician, famous mime artist and now writer. His saving graces are charm, a questioning mind and a legendary sense of humour. 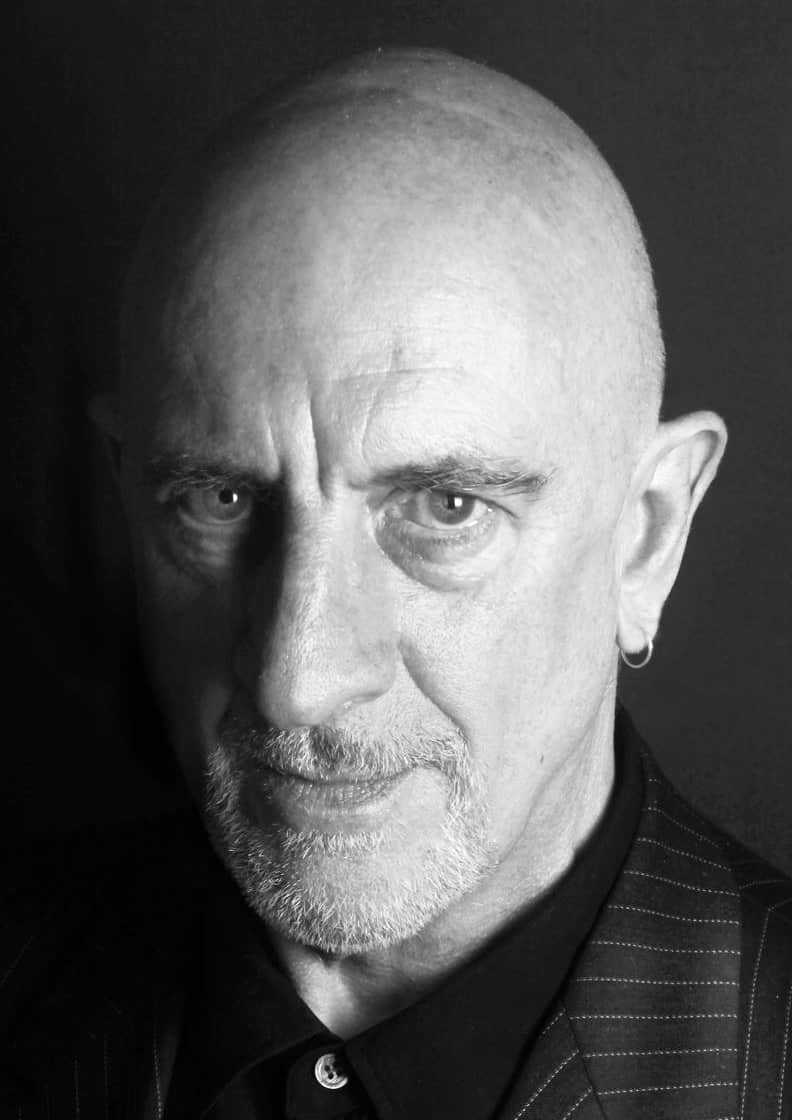 He moved up to London in the summer of 1976 to study Mime and Physical Theatre with Desmond Jones and Lindsay Kemp (tutor to David Bowie and Kate Bush). Throughout 1978 and 1979, Tim and fellow artiste Barbie Wilde toured their own Mime show in leading ‘Is That The West End I See In The Distance?’ venues and festivals throughout the UK. 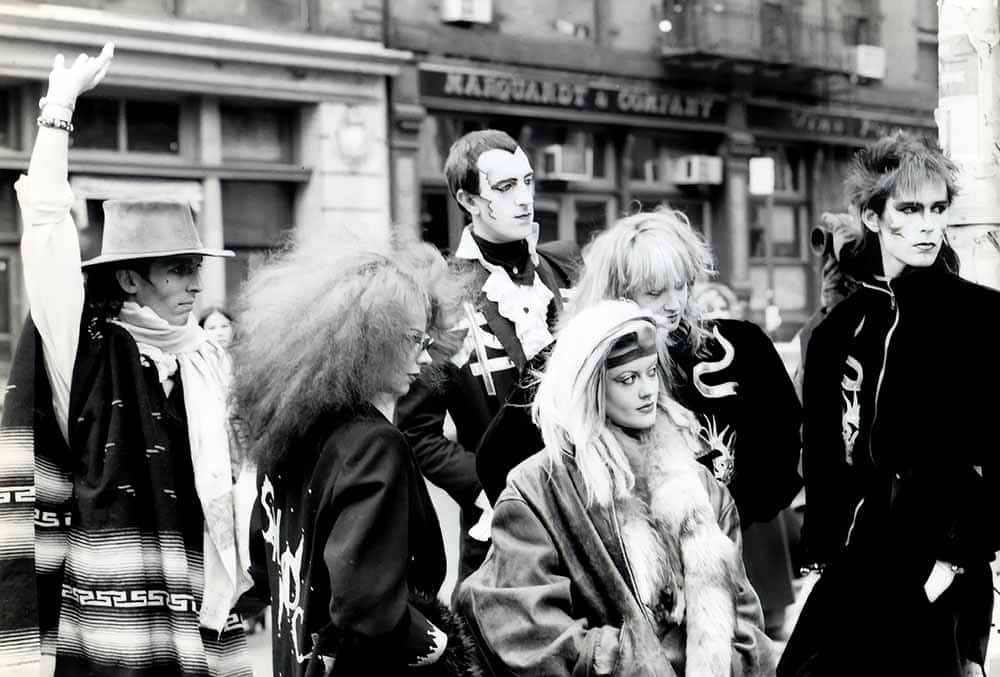 In 1980 Tim and Barbie joined a rock/mime/burlesque/music troupe named SHOCK. They travelled the world, made some records, got a lot of press and found themselves in the vanguard of the New Romantic cult of the early ’80’s, alongside Boy George, Duran Duran, Visage and Spandau Ballet. 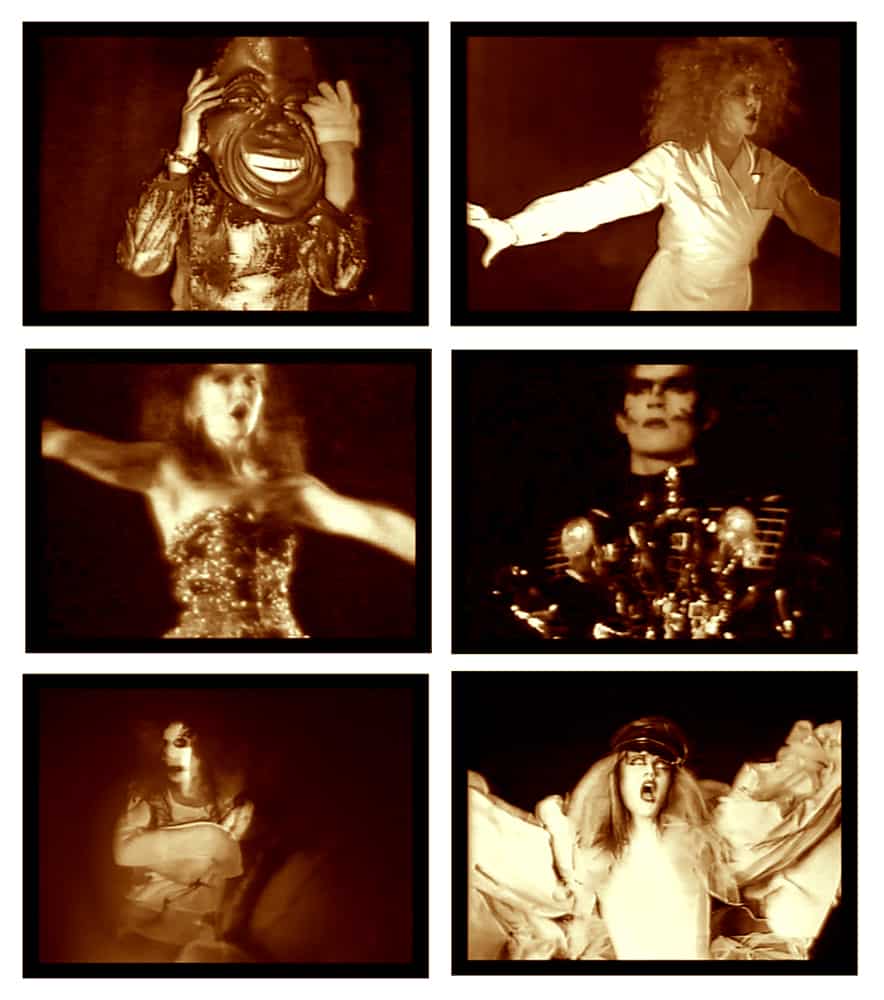 Tim then created a robotic mime and music duo called TIK & TOK with Sean Crawford (also a member of Shock). They toured with Gary Numan on his UK “Warriors” tour in ’83, worked with Vangelis, supported Duran Duran for two night at Birmingham Odeon in 1982, were themselves supported by a fledgling Depeche Mode, got a lot more press coverage and released 5 singles and a well received album “Intolerance” in the UK, Germany and Japan. 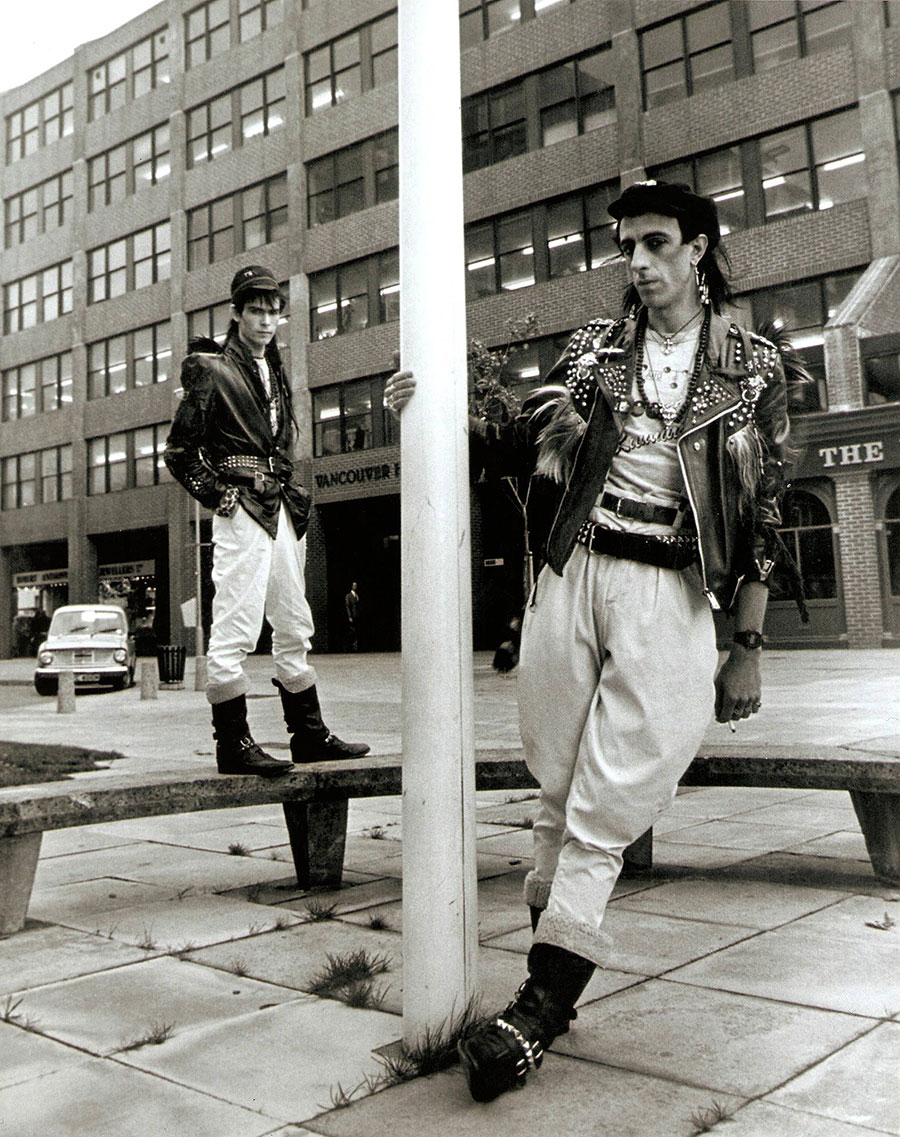 They appeared on innumerable TV shows (including The Royal Variety Show 1983) and had featured roles in Episode VI of the STAR WARS saga ‘Return Of The Jedi’, and the cult horror/ /sci fi flick entitled ‘XTRO’. 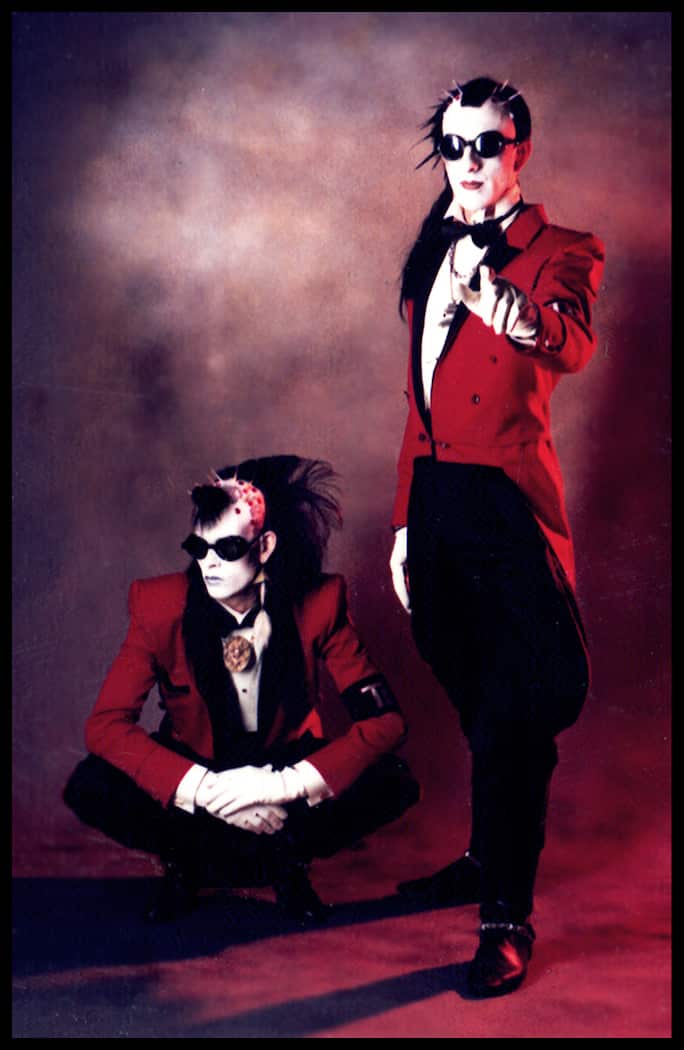 After Tik & Tok disconnected from each other in 1984, Tim moved into mainstream acting. He has been featured in over 90 TV Commercials in the UK and Europe, as well roles in film, TV and Theatre. An odd twist of fate led to him co-presenting a food and drink series for Channel 4 named ‘Feast’ in 1997, proving that there really is such a thing as a “free lunch”. 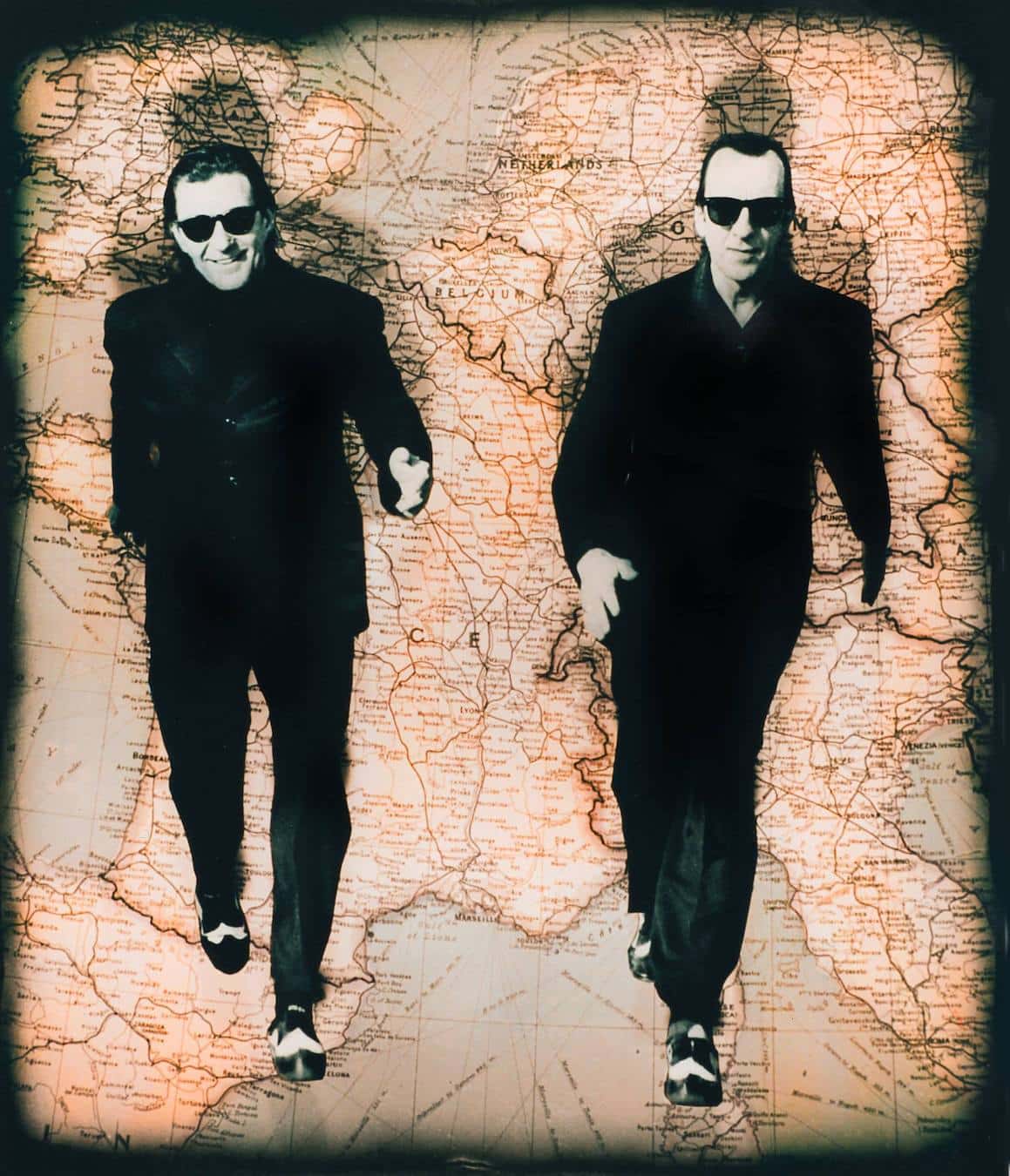 Tim continued to write and record music, and worked extensively with composer Georg Kajanus (ex-Sailor) under the name NOIR from ’94 to ’97. ‘Strange Desire’, the only Noir album, was officially re-released by Angel Air Records in Sept.2007. 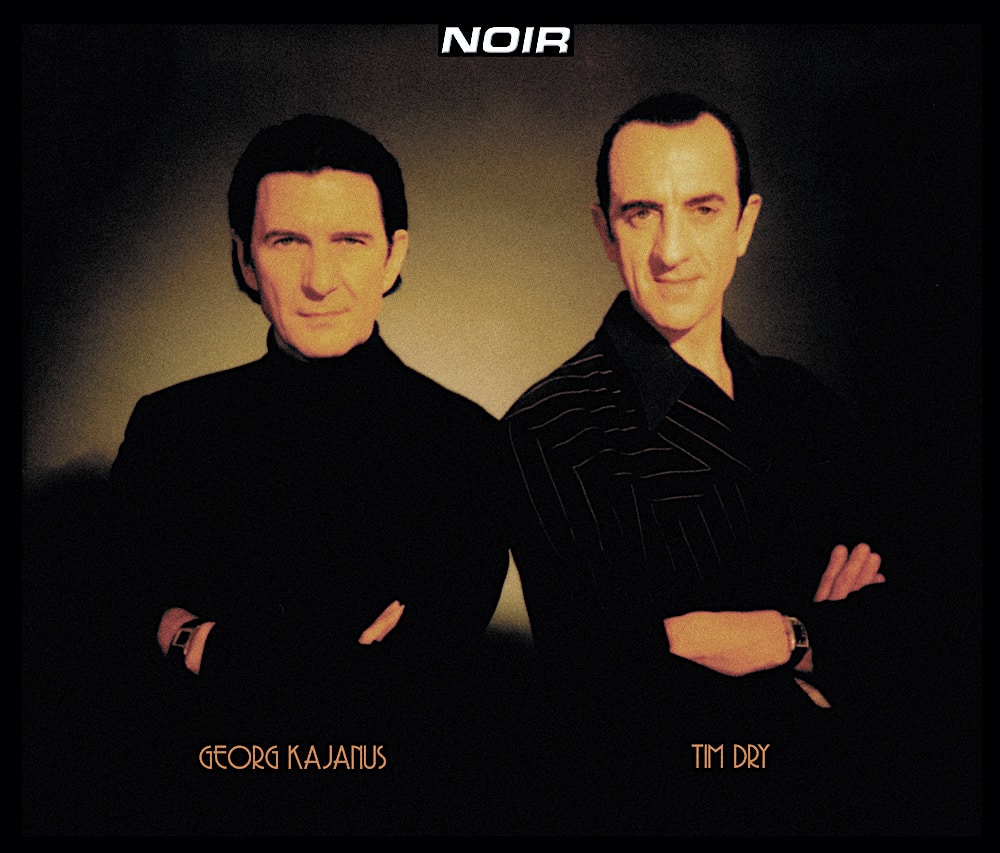 In 2008/9 he made new music with guitarist Mo Blackford under the name TIMANDMO. Details of all Tim Dry’s musical adventures are on the music page. 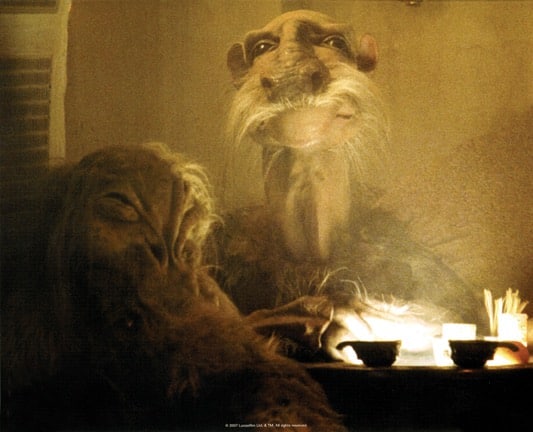 In 2007, Tik & Tok came back together for a golden moment to create a new album ‘DREAM ORPHANS’. Still available from the official T&T site.

In December 2007, Tim exhibited six pieces of original photographic art at the prestigious Gallery 286 in West London. And sold 3 of them! And has subsequently shown at each Christmas Show at 286 since then, as well as at The Arts Club in 2009. 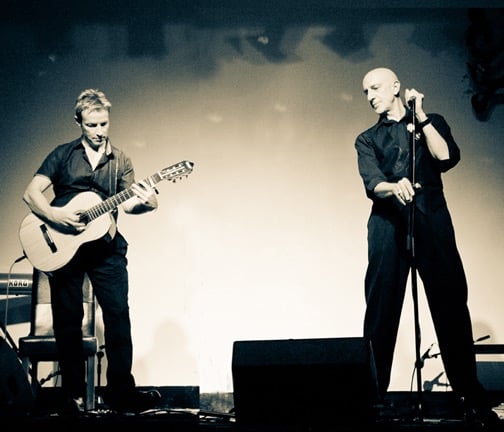 In 2010 Tim played the lead role in the short comedy/ horror movie ‘SON Of Nosferatu’.

Tim is the author of two published books of memoirs: ‘Falling Upwards – Scenes From A Life’ and ‘Continuum – The Star Wars Phenomenon As Experienced From The Inside’. Tim also has short stories out in three Horror anthologies. namely ‘The Bestiarum Vocabulum’, ‘Phobophobias’ and ‘The Grimorium Verum’. All from Western Legends Publishing and all edited by Dean M Drinkel. A fourth anthology ‘Demonology’ containing another of Tim’s short stories was published by Lycopolis Press in summer 2015.

Tim has also contributed articles to Forbes magazine, Film Rage magazine and the Film Review annual. In 2016 he contributed the story ‘Inside’ to the anthology ’47 – 16 : Short Fiction and Poetry Inspired by David Bowie (Volume I)’ and the story ‘Leo’ to another Dean M Drinkel anthology ‘The Thirteen Signs’. Tim co-wrote the book ‘Detroit Rising’ with Thomas Eikrem which is shortly to be made into a motion picture.

‘Ricochet’ Tim’s first novella was published by Theatrum Mundi, the new imprint from Spectral Press in February 2015.”Tim Dry’s Ricochet is a novella-length blasphemical wedding of fevered edginess, violence, drug-fuelled nightmares, psychedelia, and madness, set in London and Paris, and written in the mould of a collision between Hunter S. Thompson and William Burroughs”. It’s now available in a new edition from Black Shuck Books.

An updated and extended autobiography by Tim Dry entitled ‘Falling Upwards – Scenes From A Life’ was published on 10.5.2013 by Bear Claw.Available now on Amazon as a paperback and as a Kindle.