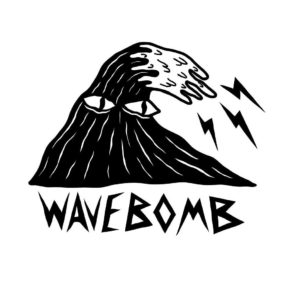 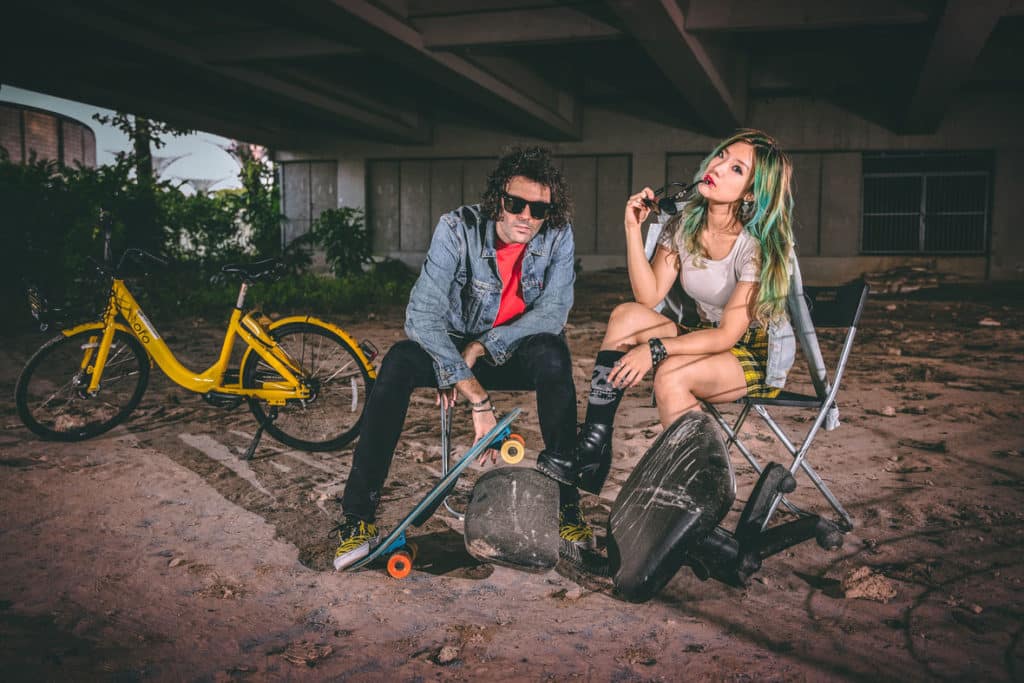 WAVEBOMB is a garage rock duo from Singapore that specializes in guitar-based alternative rock which balances punk artfulness with lo-fi sensibility. Their name originates as a rebellious act against being told not to make waves while growing up. Drummer Charlotte Yu wasn’t allowed to play drums in her traditional household growing up, and learned by secretly air drumming along to rock music. 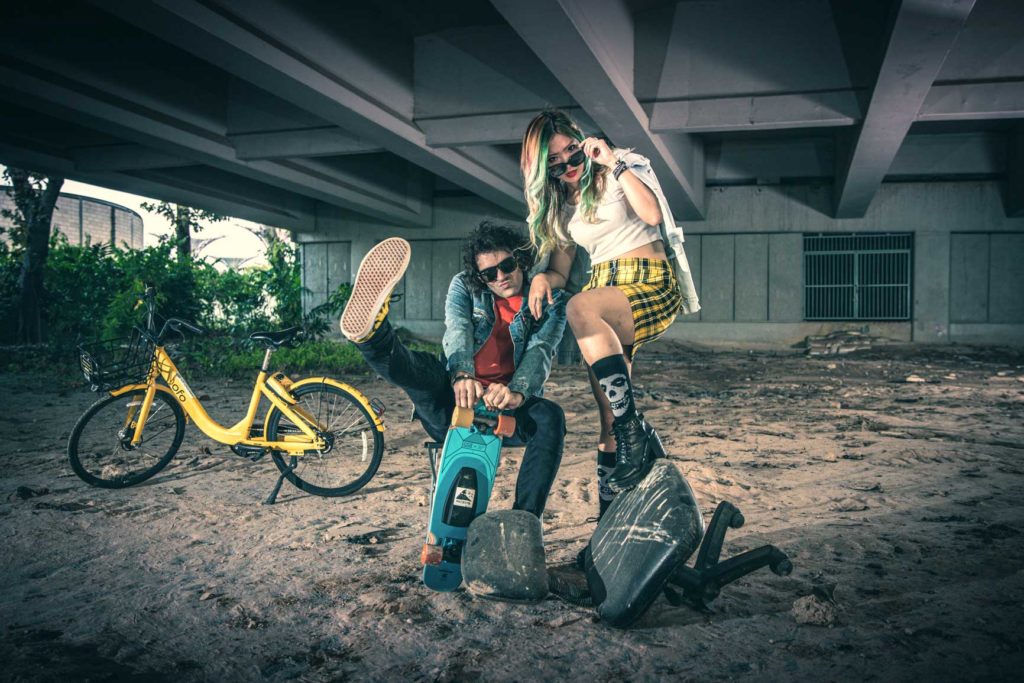 WAVEBOMB’s new single, “Facing Waves,” is a visceral slice of garage rock reminiscent of The Black Keys and White Stripes. The track is escaping reality. “As things are becoming too dark or complicated, you want to come back to better days, which for us is summertime,” says guitarist and vocalist Anthony Cauvin. “That’s why we are releasing it in November, which is the beginning of Winter for most people and when we usually start feeling down missing the summer fun.” 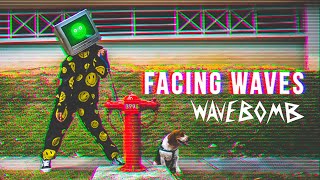 WAVEBOMB has released an infectiously fun, surreal accompanying music video for “Facing Waves” featuring dinosaurs, puppies and people with TV heads, learning to skateboard, all in an attempt to blend in. “Singapore is a big city, where the only activity of most adults is working,” explains the band. “We often feel that we live in a world where we don’t belong, surrounded by people who do not understand us, and we wanted to show this in the music video.” 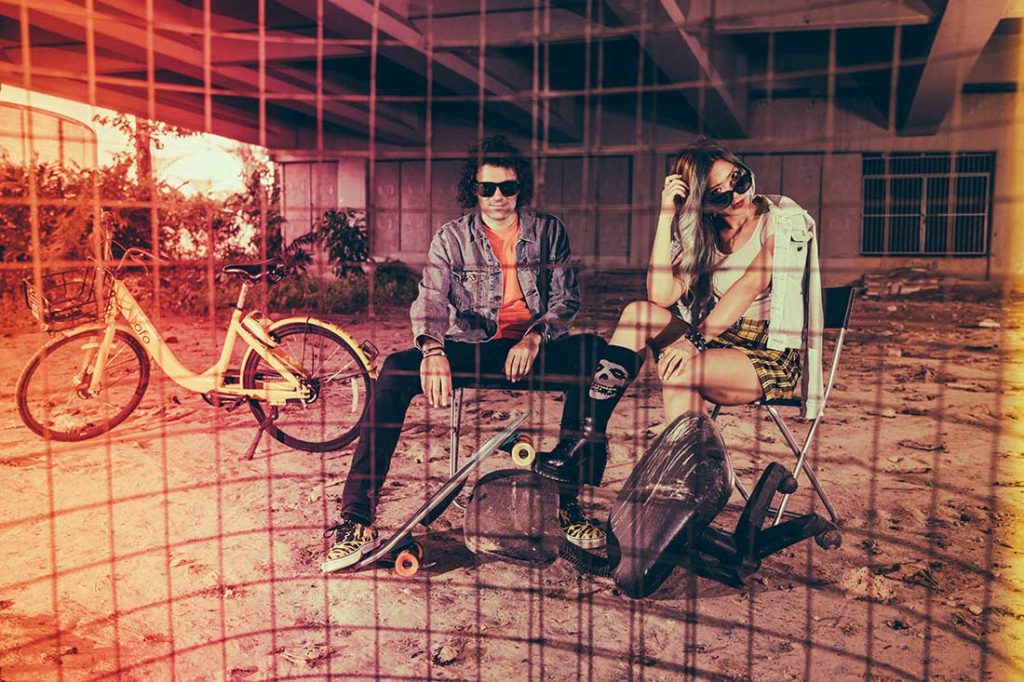 Fans of garage rock like The Black Keys, White Stripes and Bass Drum Of Death will love “Facing Waves,” which is now streaming on Spotify and all major platforms. 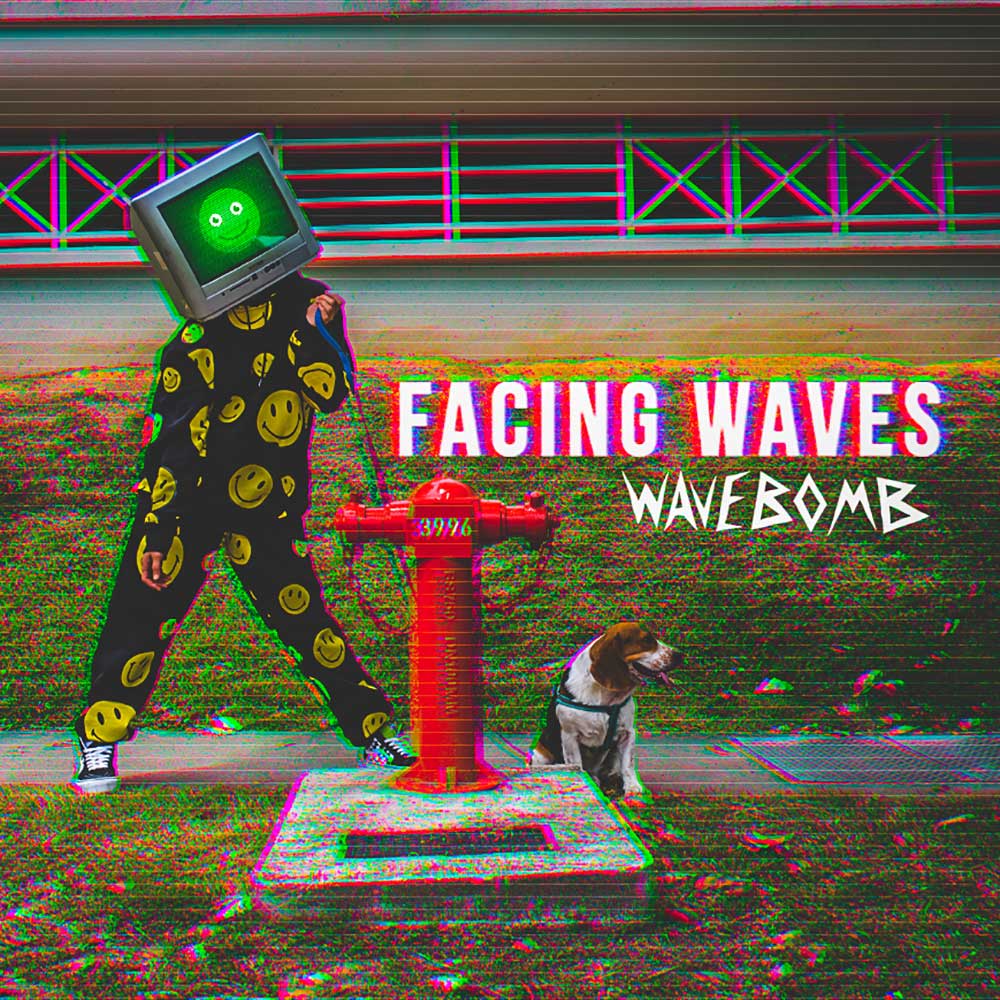 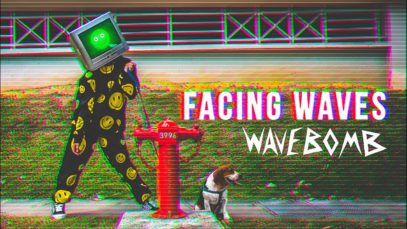